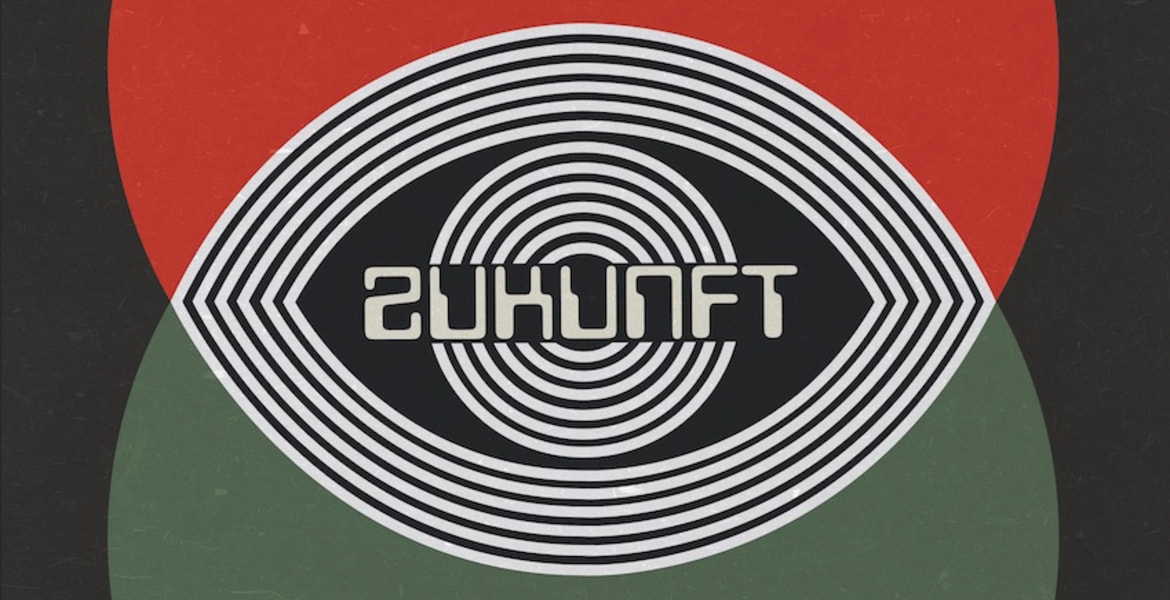 at Schokoladen. doors 19 uhr, concert starts 20 uhr. tickets at the doors or in pre-sale --> https://vvk.link/2d627lc
- - -
Conceived under the ethos of “play anything, record everything”, ZUKUNFT is an experimental music collective with Adrian Bang, Mikey Sykes, and Ted Bernays at its nucleus. Schooled in the rich history of German experimental rock music, a west coast psychedelic adolescence, and the post-modern grit of the Berlin DIY scene, the group explores improvisation, repetition, and an open format of rotating guest members, kicking out sounds that land somewhere between the meditative drive of NEU! and the street-wise churn of the Velvet Underground.

In 2021, they released their debut EP “Extended Play”, a 30 minute blast of motorik drums, throbbing bass, cutting guitars, and found-sound collages culled from a weeks worth of acid-fried improv and bits of tape left on the digital cutting room floor, all mixed into control under the watchful ear of Tangerine Dream’s Thorsten Quaeschning.With the return of in person concerts in the winter of 2021, the band introduced itself to the Berlin Underground scene by curating a series of concerts at the legendary Neukölln experimental music venue Loophole, playing a set as a trio, followed by an improvisational set with an expanded ensemble of guest members from other Berlin bands, including Hello Pity, Jealous, Minimal Schlager, LAWNS, Errorr, and No Romance. Quickly earning a reputation for adventurous performance, Zukunft is now bringing their show across Europe.
---
THE IMAGE FACTORY: There's a story here. A rich history of people that make us look at the human race through a clear and focused lens. A man queuing for the light. A painter ready to take his shot. Run, run, run, run. A block of stone constantly sculptured. All the kids ever wanted is to feel alive. How great, how wonderfull. Oh boy I hear the animal breathing.